During the first days of the tripartite discussions, UEL showed the severe and urgent nature of the current situation for companies in all economic sectors. This crisis in Ukraine, which follows a two-year pandemic, is causing an explosion in all production costs (energy, but also raw materials and intermediate goods). This situation also has a fundamental impact on households and public finances. Based on these considerations, the Tripartite decided to take its responsibilities and respond to this exceptional situation.

For several days, the government, the concerned administrations, UEL and the trade unions worked together to find a solution that offers predictability to companies, that is socially fair for employees and that is financially bearable.

Finally, after several exchanges, an agreement was reached. This tripartite worked and thus confirmed that social dialogue is part of Luxembourg’s DNA.

The “Solidaritéitspak” proposes a package of measures to help companies to cope with the explosion in energy prices and to support employees/households to compensate for the loss of purchasing power. For the less well off, additional compensation is provided.

As a representative of companies, UEL welcomes the predictability over two-three years so that companies working with budgets know that in Luxembourg they can count on reliable partners and that they can work serenely without being afraid of unknowns which could occur on the salary part. 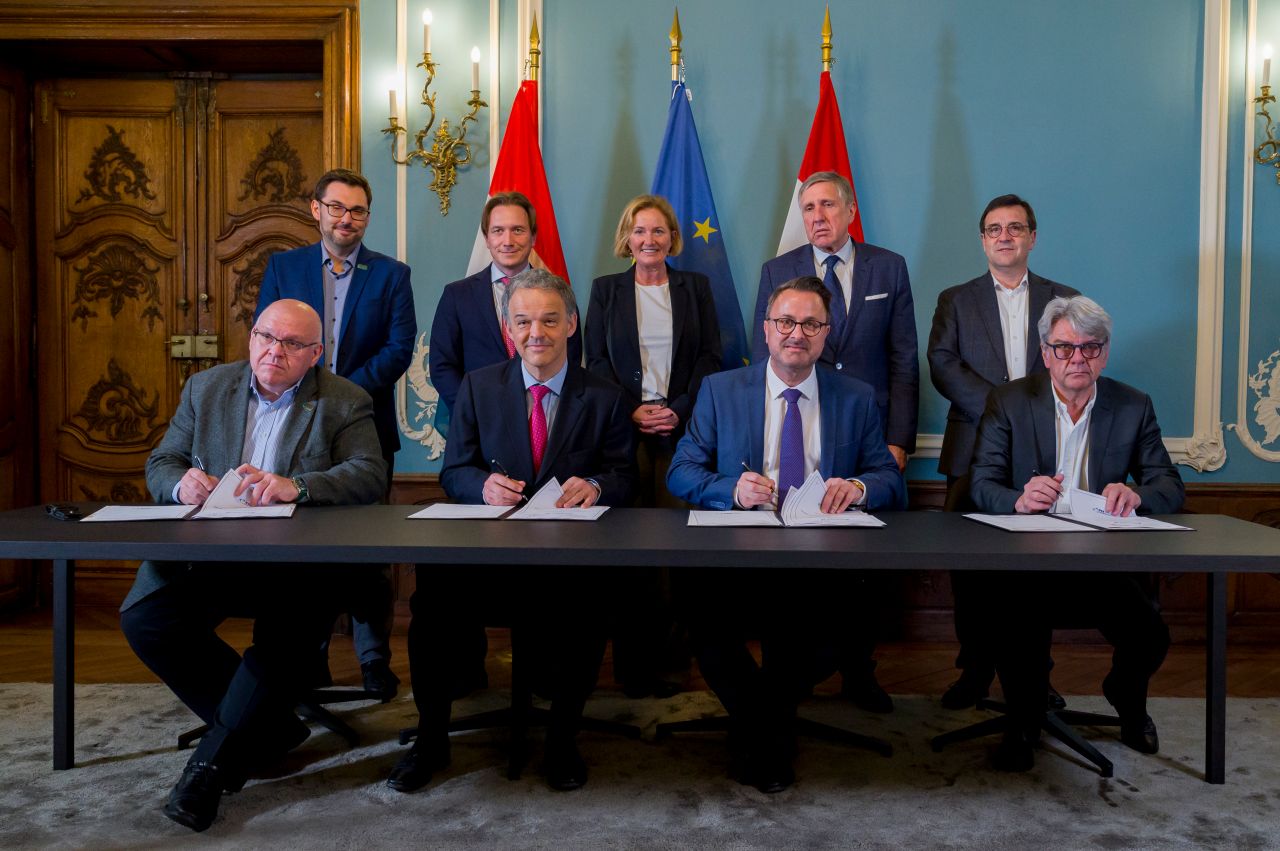 Signature of the agreement between the government, UEL, the CGFP and the LCGB following the meetings of the tripartite coordination committee on 30 March 2022